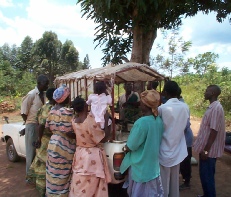 Choice of the initial buck is governed by two conflicting needs. Firstly we want people to grade up as quickly as possible, in order to get a significant amount of milk from the first cross-breeds. This would favour a high-grade male. Against this is the risk that such males will fall sick and die under village conditions. The favoured grades are 75% or 87.5% dairy blood, with the higher grade goats going to the buck-keepers that we have the highest confidence in. Sometimes the male is young, and the buck-keeper must look after it for a few months before it is ready to mate.

After the male has been in place for around 18 months, there will be daughters ready for mating. So this male is moved on to another village, and an unrelated male is brought in. The blood level of this male should be high enough that people who do not yet have cross-breeds can make good progress. But it should not be so high that those who do have cross-bred kids seriously overshoot the target of 50% dairy blood. A compromise of 75% is generally suitable.  When this male has been in place for a further 18 months, a third male will be brought - typically around 62.5% dairy blood.

The three ‘improver bucks’ described above cover a total of 4½ years. At the end of this time a majority of those interested in breeding dairy goats will have cross-breeds of some grade or other - some somewhat below the 50% target and some a little higher. At this stage, the local breeders’ groups need to identify for themselves  he best available buck of approximately 50% dairy blood. At this point the programme will stop bringing in more bucks, but will continue to support the farmer’s groups with training, advice and organising inter-group meetings.

The long-term survival of the breeding programme depends very strongly on the establishment of breeders’ groups which will oversee the selection process. Each cluster of villages will oversee the choice of bucks and their rotation between the villages within that cluster. Occasionally exchange of bucks will occur between clusters, arranged through higher level groups.

Because transport costs are relatively high, most buck rotation will probably be as local as possible, consistent with avoiding in-breeding and improving quality. 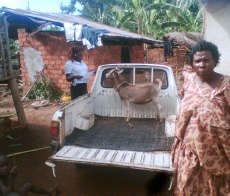 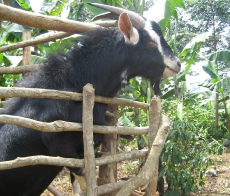 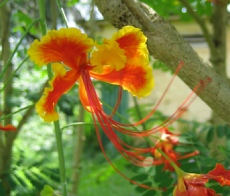