What would the ideal place be like for the JOY Goats programme? Somewhere that they already milk their local goats, but wish that the goats were more productive. Somewhere where almost every household kept goats, and more than just one or two. Somewhere that the suitable improver bucks were within the price that farmers could afford for themselves.

The place exists - Kasese District ,on the Eastern side of the Rwenzori Mountains.

Up in the hills there are very few cows and almost every family keeps, and milks, goats. But they only get a fraction of a cup of milk each day, and only for the first couple of weeks after the goat delivers. (After that, what little milk the goat produces is needed for its own kids.) 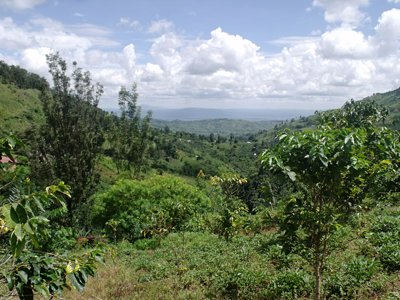 It is not always easy to reach the upper slopes where the largest numbers of goats are found. In some cases even the motorbike cannot reach them, and the last stage has to be done on foot. This means that the Field Officer’s time is occupied with travelling, and only one village can be visited in a day.

On the positive side there are local organisations that are already active right up to the upper limits of the inhabited area. The partner for the initial pilot phase is Rwenzori Youth Initiative for Development. 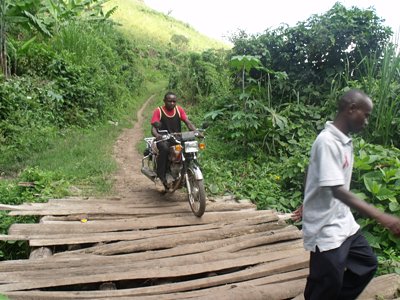 The district is naturally divided into sections by the rivers that run off of the mountains. This river may not look particularly impassible, but the picture was taken in the dry season - those boulders were washed down by the rainy season floodwaters.

These natural divisions mean that we can conveniently consider the area to be comprised of 34 zones, each of which will have its own sub-project, overseen by a local farmers' group. At present we are starting with the three zones that make up Maliba Sub-County, and one peri-urban zone on the edge of Kilembe. We will extend as we get sponsorship. 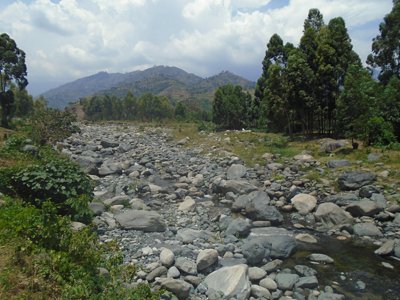 We carried out a lot of interviews with farmers as we planned the project. They were very clear that they wanted more milk, but were equally clear that they also needed to maintain the robustness of their goat stock. So the 50% crossbreeds that we normally aim for would not be suitable, instead, we would use 50% males to mate with local females, to produce even lower grade offspring.

The 50% males are much cheaper than the high-grade bucks that we normally use -  within the price-range affordable by local farmers. We will still need to carry out training, but we do not need to buy the male goats. In each zone, there is generally at least one village that is prepared to breed 50% crosses. Also, there are semi-urban settings such as the edge of Kasese Municipality or the mining town of Kilembe (in the picture above) where 50% crosses are very appropriate. In this way, a few carefully placed purebred male goats can be used to generate the larger number of crossbred males for the wider programme. 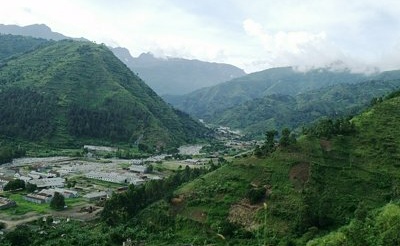 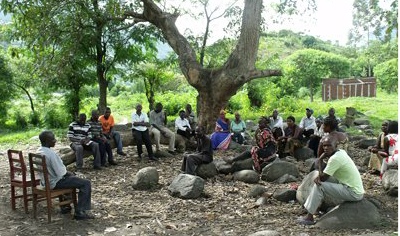 A Similar cultural and physical environment exists all round the Rwenzori range. If we had local partners and suitable funding, we would like to extend to the whole of the region, including the part that is in the Democratic Republic of Congo. In Kasese, expectations were raised just because we went there and asked questions about the possibility of setting up a breeding project. So first we must meet those expectations before moving on.