What is selective Breeding?

Selective breeding is simply choosing the best goats for breeding, in the expectation that the offspring will resemble them, and therefore be better than average. If applied to successive generations, then steady progress will be made towards the type of goat that is wanted. Individual goats may make more or less progress towards this goal. It is even possible for an individual goat to ‘go backward’, i.e. to be worse than its parents, but taken over all the goats on the programme, the average will be improving.

Selection is most efficient when all the animals are kept under identical conditions, so that the choice is ‘fair’. This is only possible if the animals are kept on a research station, an option which is not normally economically feasible for medium and large livestock. As well as the cost, the other problem with on-station selection is that the conditions on a research station may not be the same as on the farms where the new breed will eventually be kept. This is particularly true in the present case, where disease resistance is one of the aims. For these two reasons, this programme uses entirely farmer-based selection. 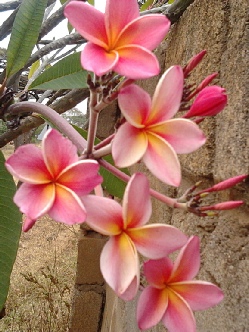 Because the goats will generally be ‘hand-mated’ (the male is kept separate from the females, and they are brought together under controlled conditions) it is possible for a single male to serve all the goats in a village. This means that the only one male is selected out of 30 to 100 that are born. So the intensity of selection is very high. Even if precise records are not kept, it is possible for the breeders in a village to agree which goats produce the most milk. Among the male offspring from the best females, a choice is made according the  their healthiness, growth rate and colour.

Many of the females born will be kept for breeding. This is particularly so during the early stages of the programme, when the number of cross-bred females is low. So the intensity of selection will be lower for the does. Once a farmer has sufficient breeding females, all of them will be milked, but not all will necessarily give offspring for breeding. The best of them should be mated to a dairy male, but the others could be mated to a meat buck so that the kids fatten well. Female kids from the best doe will be tested and compared to the existing does; those which are worse are sold. But if one is better than one of the mature females then the least productive of the older does is sold in its place.

A farmer whose goats all give less milk than average needs firstly to try to improve feeding and general management, especially if the goats are also slow growing. If this does not help, then the farmer should considering selling one or more of his goats in order to purchase a kid from a high-producing doe.

If a farmer with one of the best does needs to sell it, the village breeder’s group should find a way whereby this female can be retained in the village, and a less productive goat sold in its place.