In 1992, Deliverance Church Uganda founded a congregation in Masaka Town, and wanted to also establish a community development programme. This was made possible when Open Door Community Church of Uxbridge UK seconded David & Jacqui Dowdy in August 1993 to establish JOY Children’s Centre (now known as JOY Youth Training Centre). The aim of the Centre is to release the potential of orphaned young people so that instead of being a problem, the start to become part of the future of the country.

We chose to specialise in the keeping of dairy goats, which in the Masaka area has great potential. We bought our goats, and learnt how to look after them, from other organisations. But over the years our goats multiplied, and because of the comprehensive records that went with them, they were in demand from other projects and individuals. And not just the goats, but also the expertise that had been built up on the farm and within the associated community projects. Experience which made it possible to set up the Goat Development programme.

When David & Jacqui left the YTC in October 2009, it continued under new management. However, in September 2013 it finally closed down.

In the 16 years of its operation many young people have been enabled to complete school, college, vocational training and practical apprenticeships. Many have also participated in introducing dairy goats into their home areas.

JOY Goat Development Programme is now building on the legacy of the Youth Training Centre, using experience gained and the large number of contacts developed during the years of goat breeding there.

When we started the Centre, all schooling in Uganda had to be paid for. Often the fees were beyond the resources of the poorest families. This was particularly true where families were burdened by the need to care for the orphans of their relatives - a common occurrence due to the prevalence of AIDS. So many young people dropped out of school because of lack of money. The Learn & Earn Programme enabled them to earn the money that they needed to continue their education. But while they were at the Centre, we wanted them to be learning skills that would benefit them and their adoptive families. 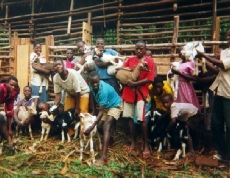 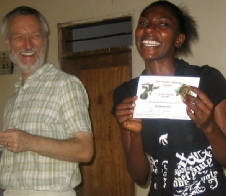 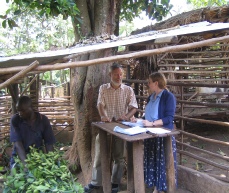 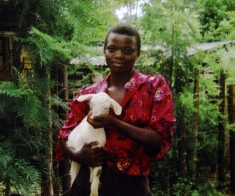