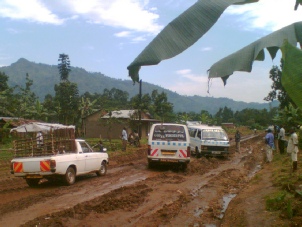 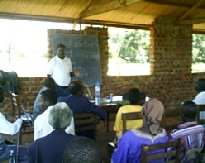 The local partner for the Mbale Goat Development Project is Body Alive Ministries International (BAMI). This is a local organisation which carries out training in a various aspects of agricultural development. The organisation operates chiefly in the districts which have recently been formed out of the historic Mbale District, centred around Mount Elgon.

During 2009 the Mbale project received a donation of 13 bucks from JOY Goat Development Programme. This will rise to over 50 by the end of 2012. The area covered includes most of the Ugandan side of Mount Elgon, and some of the adjacent lowland districts

• Mount Elgon is one of the areas in Uganda where goats are traditionally milked, so goat milk and breed improvement are readily accepted.

• Organisations such as FARM-Africa, Send-a-Cow and Heifer International have already introduced dairy goats, and thereby helped to popularise them.

• The mountainous terrain means that erosion control is needed, which can become a source of fodder.

• Other organisations that already have dairy goats are interested in integrating them into the breeding plan.

• Some parts of the project area are difficult and time consuming to reach, especially in the frequent wet weather (see picture).

• The current buck stations are rather scattered and do not fit into the programme’s plan of working with clusters of villages.

• The breeding plans of the major organisations working in the area are significantly different from ours and each other, which can lead to farmers becoming confused if the projects are located near to each other. 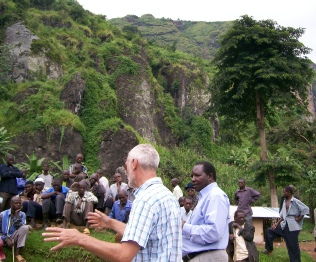